2015: the year VCs invested like drunken sailors, even as hope for exits faded

2015: the year VCs invested like drunken sailors, even as hope for exits faded 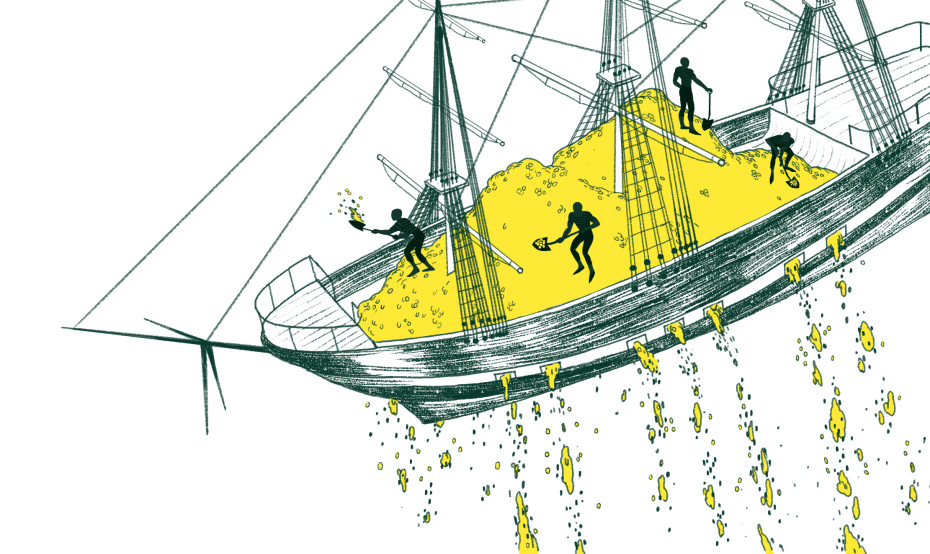 It may be that 2015 will be remembered as the year tech IPOs slipped into a coma. Or maybe it will be known as the year your company’s chances of getting acquired shriveled.

Bizarrely, it also seems to be the year that someone forgot to tell the venture capital community any of this. Instead, they cranked up the startup investment dial to 11.

Put it all together and 2015 looks like a year when a growing disconnect emerged between the willingness to back startups to the hilt and the diminishing odds of those bets paying off.

Of course, one explanation is that this could be what we called, back in the good ol’ days of 2000, the “New Economy.” That is, there is some mysterious financial dynamic at work that is completely invisible and incomprehensible to most of us dullards. And we just have to trust that venture capitalists have not lost their collective minds.

Or, there is another explanation: Venture capitalists have lost their collective minds.

From the VC side of the ledger, 2015 ranks as an unqualified boom time for startups raising money. In just the first three quarters of 2015, VCs have already invested more money into U.S. startups ($47.2 billion) than the full-year totals for 17 of the past 20 years, according to the National Venture Capital Association.

The NVCA projects that the final U.S. venture capital tally for 2015 will be the second highest on record in the past twenty years, topped only by the $105 billion invested in 2000. Geez, talk about your awkward comparisons.

“With seven consecutive quarters of more than $10 billion deployed to the startup ecosystem and more than half of all investment deals now going to seed or early-stage companies, it’s a great time to be an entrepreneur in America,” said Bobby Franklin, president and CEO of NVCA, in a recent statement.

This has continued to feed the phenomenon of unicorns, those private companies that claim valuations of more than $1 billion. Thanks to the changes in U.S. securities laws a few years ago, along with mountains of private equity, it’s easier for these companies to stay private longer as they raise more and more money.

Even so, at some point those private investors will want a payoff, either through an IPO or an acquisition. Something, anything.

Cool. Except for the whole exit thing.

In a separate report, the NVCA reported 258 acquisitions of venture-backed companies in the first nine months of 2015, worth an aggregate disclosed value of $10.9 billion. This is on pace to fall well short of the 483 venture-backed acquisitions in 2014 with their disclosed $48 billion valuation.

As an aside, we’ll note here the $67 billion that Dell is paying to acquire EMC this year, the largest tech M&A deal in history. But this is a case of two dinosaurs spooning on the love seat, rather than a venture-backed deal.

Renaissance Capital reports that there were 170 IPOs in the U.S. this year, down 38 percent from a year ago. The total amount raised in those offerings was $30 billion, a six-year low. And those numbers were propped up by health-care IPOs, which accounted for almost half of the year’s IPOs.

“Coming off of two banner years, the 2015 IPO market was a disappointment,” Renaissance wrote in its year-end report. “Technology IPOs were notable in their absence, which was a function of plentiful pre-IPO funding and a large unresolved disparity between public and private market valuations.”

An even bigger bummer for VCs: Of the IPOs this year, the NVCA says only 59 were venture-backed.

This drop in M&A and IPO deals seems like the kind of plunge you’d expect if the economy was slumping, or the markets were crashing. But neither is the case.

The stock markets have been solid, if unspectacular, this year. So far, the S&P 500 is down about 2.8 percent for the year as of Dec. 18, the NASDAQ Composite is up about 4.4 percent, and the Dow Jones is down 3.8 percent. And each has recovered nicely since a brief panic in late August and early September sent the indices plunging.

During this more or less flat year for stocks, IPOs have managed to underperform. Renaissance said 58 percent of all IPOs this year were below their issuing price, calling “tech and health care notably weak.”

In tech, the IPOs for 2015 include names like Box, Hortonworks, Fitbit, Match Group, Square, and Atlassian.

Box initially looked like it could be bright spot when its stock price soared on the first day of trading. But Box closed Dec. 18 at $14.01 per share, a mere penny above its $14 IPO pricing, and down about 40 percent from its first-day close.

If you’re looking for bright spots, you can turn to Match Group, Square, and Atlassian. They have seen their stock prices hold up after going public in November and December, ending the year on a moderately upbeat note.

Still, it feels like in the eyes of Wall Street and Silicon Valley, the tech IPO is becoming a bit of a relic.

Instead, Uber remains the poster child for this new era of investing. Just this month, the company disclosed yet another plan to raise a round of venture capital, according to Bloomberg. The $2.1 billion round of financing would value it at $62.5 billion, and bring the total amount it’s raised to more than $7 billion.

How massive is that? Just consider that the $2.1 billion Uber intends to raise is about half of money raised by all tech IPOs in 2015. And the $5 billion Uber had already raised before this is more than double the amount raised by the first 18 tech companies that went public this year, according to Renaissance.

This lopsided investment strategy has been good for Uber, and for many of the other privately held unicorns padding their treasuries. But with one-time unicorns like Evernote and Living Social scrambling for their lives, it’s hard not to feel a sense of foreboding as we head into 2016.

I’m betting that a few more billion-dollar startups, unable to find buyers or go public, will hit a wall next year. And in that case, the folly of this new investment model could lead to a full-blown unicorn panic.